Check out some books that you can find in the library.

Below you can share about books you are reading and find other recommendations. Just double-click on the board below to add yours.  Check it out!
Created with Padlet

Albie is not the best at anything, not the best students, not the best athlete, not the best musician, and the list goes on...  He feels like there is a long list of things that he’s not very good at, with school being at the top of the list. Along with the help of his new babysitter, Calista, Albie works to keep moving forward, appreciate his own strengths, and take pride in himself. Readers will be drawn to Albie, and will be rooting for him right from the beginning.  Many children and adults will find ways to connect with him.  I am giving this one five stars and highly recommend it for intermediate grade students.  It is a great book to read aloud to classes and will likely spark great discussions among students. 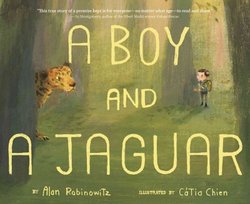 This book is a firsthand account telling the author's story of the way he used his interactions with animals to confront his stuttering.  He used his passion for protecting defenseless animals in a way that helped him cope with his stuttering. It is a touching story, and a great example of someone finding his voice.

Ivan is an easygoing gorilla. Living at the Exit 8 Big Top Mall and Video Arcade, he has grown accustomed to humans watching him through the glass walls of his domain. He rarely misses his life in the jungle. In fact, he hardly ever thinks about it at all. Instead, Ivan thinks about TV shows he's seen and about his friends Stella, an elderly elephant, and Bob, a stray dog. But mostly Ivan thinks about art and how to capture the taste of a mango or the sound of leaves with color and a well-placed line. Then he meets Ruby, a baby elephant taken from her family, and she makes Ivan see their home—and his own art—through new eyes. When Ruby arrives, change comes with her, and it's up to Ivan to make it a change for the better. Katherine Applegate blends humor and poignancy to create Ivan's unforgettable first-person narration in a story of friendship, art, and hope. 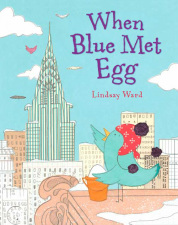 One cold winter day, Blue returns to her nest to find something wonderful: Egg! Or rather a snowball she mistakes for an egg. Blue puts Egg in a pail and sets off to look for Egg's mother. But as the winter winds down and the temperature goes up, Blue is in for a sad surprise. Not to worry, though. In this sweet story of friendship, even snowmelt grows into something beautiful. With her intricate cut-paper illustrations, Lindsay Ward perfectly captures her lovable characters and their world in this unforgettable, heartwarming tale.  Many will also enjoy pictures of New York City's famous Landmarks.

Zach, Poppy, and Alice have been friends forever. And for almost as long, they’ve been playing one continuous, ever-changing game of pirates and thieves, mermaids and warriors. Ruling over all is the Great Queen, a bone-china doll cursing those who displease her. But they are in middle school now. Zach’s father pushes him to give up make-believe, and Zach quits the game. Their friendship might be over, until Poppy declares she’s been having dreams about the Queen—and the ghost of a girl who will not rest until the bone-china doll is buried in her empty grave. Zach and Alice and Poppy set off on one last adventure to lay the Queen’s ghost to rest. But nothing goes according to plan, and as their adventure turns into an epic journey, creepy things begin to happen. Is the doll just a doll or something more sinister? And if there really is a ghost, will it let them go now that it has them in its clutches?

With the hilarious adventures of Robert Carver Ellis-Chan, Lisa Yee brings her gift for finding the funny (and the truth) in everyday kid situations to chapter-book readers. Meet Robert Carver Ellis-Chan -- a perfectly normal fourth-grader who gets into perfectly crazy situations! Like when he was running for class president and discovered his big sister's panties (static-) clinging to the back of his sweater. Or when he got stuck to the rare sticky (and stinky) Koloff tree on a field trip. . . . Then there's his family -- busy mom, ex-pro football player dad, a bossy older sister and an adoring younger one -- and best friends (one of whom is a secret, because she's a *girl*). Life may be complicated for Bobby, but it's going to turn out just fine.